After nine months on Octopress, I've decided to move on.

I should start by saying that Octopress is a great platform for static blogging: it's powerful, flexible, well-supported, well-integrated with GitHub pages, and has tools and plugins to do just about anything you might imagine. There's only one problem:

It's written in Ruby.

Now I don't have anything against Ruby per se. However, it was starting to seem a bit awkward that a blog called Pythonic Perambulations was built with Ruby, especially given the availability of so many excellent Python-based static site generators (Hyde, Nikola, and Pelican in particular).

Additionally, a few things with Octopress were starting to become difficult: first, I wanted a way to easily insert IPython notebooks into posts. Sure, I developed a hackish solution to notebooks in Octopress which had worked well enough for a while, but a cleaner method would have involved digging into the Ruby source code and writing a full-fledged Octopress extension, based on nbconvert. This would have involved a fair bit of effort to learn Ruby and figure out how to best interface it with the Python nbconvert code. Second, Ruby has so many strange and difficult pieces: GemFiles, RVM, rake... and I never took the time to really understand the real purpose of all of them (self-reflection: what parts of Python would seem strange and difficult if I hadn't been using them for so many years?). The black-box nature of the process, at least in my own case, was starting to bother me.

But the kicker was this: In January I got a new computer, and after a reasonable amount of effort was unable to successfully build my blog. I've been writing my posts exclusively on my old laptop which I somehow managed to successfully set up last August. But that laptop now has a sorely outdated Ubuntu distro that I couldn't upgrade for fear of losing the ability to update my blog. Needless to say, this was not the most effective setup.

It was time to switch my blog engine to Python.

I started asking around, and found that there were three solid contenders for a Python-based platform to replace Octopress: Hyde, Nikola, and Pelican. I gave Hyde a test-run a few weeks ago in re-making my website, and I really like it: it's clean, straightforward, powerful, and easy to use. The documentation is a bit lacking, though, and I think it would take a fair bit more effort at this point to build a more complicated site with Hyde.

Nikola and Pelican both seem to be well-loved by their users, but I had to choose one. I went with Pelican for one simple reason: it has more GitHub forks. I'm sure this is entirely unfair to Nikola and all the contributors who have poured their energy into the project, but I had to choose one way or another. I'm pleased to say that Pelican has not been a disappointment: I've found it to be flexible and powerful. It has an active developer-base, and makes available a wide array of themes and plugins. For the few extra pieces I needed, I found the plugin and theming API to be well-documented and straightforward to use.

Migrating to Pelican from Octopress

I won't attempt to write a one-size-fits-all guide to migrating to Pelican from Octopress: there are too many possibile combinations of formats, plugins, themes, etc. But I will walk through my own process in some detail, in hopes that it might help others who find themselves in a similar predicament.

I had several goals when doing this migration:

I was able to suitably address all these goals with Pelican in a few evenings' effort. Some of it was already built-in to the Pelican settings architecture, some required customization of themes and extensions, and some required writing some brand new plugins. I'll summarize these aspects below:

As I mentioned, I wanted to keep the look and feel of the blog consistent. Luckily, someone had gone before me and created an octopress Pelican theme which did most of the heavy lifting. I contributed a few additional features, including the ability to specify Disqus tags and maintain comment history, to add Twitter, Google Plus, and Facebook links in the sidebar and footer, to add a custom site search box which appears in the upper right of the navigation panel, as well as a few other tweaks. The result is what you see here: nearly identical to the old layout, with all the bells and whistles included.

Octopress has a few plugins which add some syntactic sugar to the markdown language. These are tags specified in Liquid-style syntax:

I have made extensive use of these in my octopress posts, primarily to insert videos, images, and code blocks from file. In order to accommodate this in Pelican, I wrote a Pelican plugin which wraps a custom Markdown preprocessor written via the Markdown extension API which can correctly interpret these types of tags. The tags ported from octopress thus far are:

The image tag allows insertion of an image into the post with a specified size and position:

Here is an example of the result of the image tag: 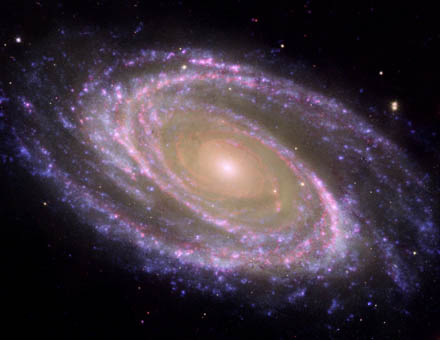 The video tag allows embedding of an HTML5/Flash-compatible video into the post:

Here is an example of the output of the video tag:

(see this post for a description of this video).

The Code Include Tag

The include_code tag allows the insertion of formatted lines from a file into the post, with a title and a link to the source file:

Here is an example of the output of the code include tag:

For more information on using these tags, refer to the module doc-strings.

Static blogs are fast, lightweight, and easy to deploy. A disadvantage, though, is the inability to natively include dynamic elements such as comment threads. Disqus is a third-party service that skirts this disadvantage very seamlessly. All it takes is to add a small javascript snippet with some identifiers in the appropriate place on your page, and Disqus takes care of the rest. To keep the comment history on each page required assuring that the site identifier and page identifiers remained the same between blog versions. This part happens within the theme, and my Disqus PR to the Pelican Octopress theme made this work correctly.

By default, Octopress stores posts with a structure looking like blog/YYYY/MM/DD/article-slug/. The Pelican default is different, but easy enough to change. In the pelicanconf.py settings file, this corresponds to the following:

Next, at the top of the markdown file for each article, the metadata needs to be slightly modified from the form used by Octopress -- here is the actual metadata used in the document that generates this page:

Additionally, the static elements of the blog (images, videos, IPython notebooks, code snippets, etc.) must be put within the correct directory structure. These static files should be put in paths which are specified via the STATIC_PATHS setting:

Pelican presented a challenge here: as of the time of this writing, Pelican has a hard-coded 'static' subdirectory where these static paths are saved. I submitted a pull request to Pelican that replaces this hard-coded setting with a configurable path: because the change conflicts with a bigger refactoring of the code which is ongoing, the PR will not be merged. But until this new refactoring is finished, I'll be using my own branch of Pelican to make this blog, and specify the correct static paths.

The ability to seamlessly insert IPython notebooks into posts was one of the biggest drivers of my switch to Pelican. Pelican has an ipython notebook plugin available, but I wasn't completely happy with it. The plugin implements a reader which treats the notebooks themselves as the source of a post, leading to the requirement to insert blog metadata into the notebook itself. This is a suitable solution, but for my own purposes I much prefer a solution in which the content of a notebook could be inserted into a stand-alone post, such that the notebook and the blog metadata are completely separate.

To accomplish this, I added a submodule to my liquid_tags Pelican plugin which allows the insertion of notebooks using the following syntax:

This inserts the notebook at the given location in the post, optionally selecting a given range of notebook cells with standard Python list slicing syntax.

The formatting of notebooks requires some special CSS styles which must be inserted into the header of each page where notebooks are shown. Rather than requiring the theme to be customized to support notebooks, I decided on a solution where an EXTRA_HEADER setting is used to specify html and CSS which should be added to the header of the main page. The notebook plugin saves the required header to a file called _nb_header.html within the main source directory. To insert the appropriate formatting, we add the following lines to the settings file, pelicanconf.py:

In the theme file, within the header tag, we add the following:

Here is the result: a short notebook inserted directly into the post:

This Is An IPython Notebook¶

Here is some code:

Here is some math:

With all those things in place, the blog was ready to be built. The result is right in front of you: you're reading it. If you'd like to see the source from which this blog built, it's available at http://www.github.com/jakevdp/PythonicPerambulations. Feel free to adapt the configurations and theme to suit your own needs.

I'm glad to be working purely in Python from now on!