Edit, August 2013: my current favorite way to set up a python installation on mac (and any other system) is to use the anaconda package offered by Continuum Analytics. It's free, full-featured, and extremely easy to use. 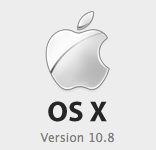 A few weeks ago, after years of using Linux exclusively for all my computing, I started a research fellowship in a new department and found a brand new Macbook Pro on my desk. Naturally, my first instinct was to set up the system for efficient Python development. In order to help others who might find themself in a similar situation, I took some notes on the process, and I'll summarize what I learned below.

First, a disclaimer: I can't promise that these suggestions are the best or most effective way to proceed. I'm by no stretch of the imagination a Mac expert: the last Apple product I used regularly was the trusty Macintosh Classic my parents bought when I was in middle school. I primarily used it for all-day marathons of RoboSport and Civilization, with occasional breaks to teach myself programming in Hypercard. But I digress.

Before moving on to the summary of what I learned, I should note that all of the following was done on OSX 10.8: there will likely be differences between OSX versions. I've done my best to note all the relevant details, and I hope you will find this helpful!

Being from a Linux background, I was interested in setting up a Linux-like work environment, doing nearly everything from the terminal. Fortunately, OSX is built on unix, with a terminal integrated into the operating system.

To open a terminal, open the finder, click "Applications" and search for "Terminal". To make it easier to access in the future, I dragged the icon down to the dock, the collection of icons usually found on the bottom or side of the screen. Clicking the icon will open a familiar bash terminal that can be used to explore your Mac in a more user-friendly way.

To set up the rest of the system components, I opted to use MacPorts, which is a package management system similar to apt or yum on ubuntu and debian systems. There are probably alternatives to MacPorts, but I found it very intuitive, quick, and powerful.

You can download MacPorts for free on the MacPorts website. You'll have to install it for the correct OSX version -- to check which OSX version you're running, click "about this computer" under the apple icon at the top-left of the desktop. Unfortunately, I was following the slightly outdated MacPorts guide and got a few errors:

This indicates that Xcode is not yet installed. Xcode is a a collection of developer tools for the Mac, and it can be freely downloaded at the Apple App store. You'll need to create an Apple account to access it, and then make sure you have a fast internet connection: the download is about 1.6GB. Once it's downloaded, find the XCode icon in the Applications menu and click to install.

With this done, I tried installing MacPorts again, but still got an error:

This indicates that the command-line tools are not installed by default. To fix this, run Xcode, select Xcode->preferences from the menu bar, click downloads, select "command-line tools", and click install. You'll also need Xorg tools, which I installed through XQuartz.

Now that MacPorts is installed, it's very straightforward to install several versions of Python and other programs. MacPorts allows access to a standard repository of programs and packages, which can be explored, downloaded, and installed using the port command.

First of all, run

which updates the MacPorts base to the latest release. Another useful thing to know about is the MacPorts search command. For example, to see all the available packages which mention "python", use

This will list all the python versions available. I installed both Python 2.7 and Python 3.3

If you want python on the command-line to point to a particular version, this can be specified with the select command:

You can now check that typing python --version in the terminal returns version 2.7.

My scientific development in Python relies on several packages: particularly numpy, scipy, matplotlib, ipython, cython, scikits-learn, virtualenv, nose, pep8, and pip. Here is the series of commands to set these up for Python 2.7:

Unfortunately, there seems to not yet be a port select command for pip. This bug has been reported and is noted here.

Setting up a Virtual Environment

For Python development, I find it vital to make a good use of virtual environments. Virtual environments, enabled by the virtualenv package, allow you to install several different versions of various python packages, such that the installations are mostly independent. I generally keep stable released versions of packages in the system-wide python install, and use these environments to develop the packages. That way, I can test the compilation/installation of a new feature in scipy or scikit-learn without breaking my tried-and-true system installation.

Here we'll set up a virtual environment called default in a PyEnv subdirectory, and then install numpy in that environment using pip.

Other Programs to Install

There are several other things I found helpful to install. First, the g95 Fortran compiler for building scipy and other packages which require fortran:

Another essential is a good text editor. There are several good open source options for this.

Textmate is a Mac native text editor which has many nice features, works nicely on mac, and is fairly clean and nice to use:

Vim is another popular text editor: there is both a command-line version and a GUI version available:

Emacs is my text editor of choice, and like Vim there is both a command-line version and a GUI version:

There are several other GUI emacs versions available as well (e.g. xemacs and emacs-mac-app): I found that I liked emacs-app the best. Unfortunately, it lives in the "Applications" folder, and there doesn't seem to be a way to configure the emacs GUI to work the same way as the default emacs behavior on linux (see the related discussion thread here). I ended up putting the emacs GUI in the dock next to the terminal, and I access it from there.

I've had this setup on my new Macbook for about two weeks now, and it seems to be working well for my daily python programming tasks. I hope that this post will be useful to someone out there. I'm still learning as well -- if you have any pro tips for me or for other readers, feel free to leave them in the comments below!